Upon getting to the airport at LAX, Elisa realised she'd forgotten the passports at the hotel. Going all the way back would mean missing their flight. A call to her insurer's 24 hour helpline solved the problem. Case study: Mr and Mrs Smith part 2 - rebuilding a home after a fire

After finding out they were underinsured, Perth couple Mike and Jeanette Smith set out to rebuild their home destroyed in a fire.

When their house was destroyed in a fire, Mike and Jeanette lost practically everything. They also discovered they were heavily underinsured.

Tamara was uninsured when she wrote off her first new car in an accident in rural Victoria and was left with $30,000 debt Richard Hurst's insurance cover enabled him to rebuild his house, destroyed in the 2013 Blue Mountains bushfires Justin, a veteran Melbourne yachtsman, is back on the water after bad weather during a race caused $50,000 damage November 2011

A good outcome for Jeff and his sports yacht Marbella after Cyclone Debbie wrought havoc across Hamilton Island Marina. Watch his story here.

When the unexpected happens on holiday: Elizabeth's story

Ms Martignago was fortunate to have had the right travel insurance when her husband fell ill in Thailand. 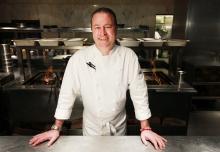 What the experts say

This is an unpaid testimonial for www.understandinsurance.com.au and each individual has consented to the use of their testimonial on this website and the testimonial is © Insurance Council of Australia 2013 (ICA). It is general information only and does not constitute formal advice of any kind, including financial product advice, nor is it an endorsement by the ICA of any insurer or insurance product.

Any reproduction, dissemination or distribution of the content without prior permission of ICA is prohibited. The views expressed in the testimonial are those of the individual not the ICA and relate to their particular insurance policy and the circumstances of their claim. Terms and conditions will vary between policies so you should refer to the Product Disclosure Statement for your policy and information about its terms and conditions. The ICA recommends that you consider obtaining advice appropriate to your particular circumstances before making a decision to buy insurance.